IT Technology Improvements The Future Of Information Technology With Nanoscale Pillars

The Future Of Information Technology With Nanoscale Pillars 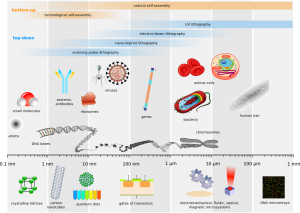 The information technology in the modern day relies on electron charge and light as the primary medium for standard processing and data transfer. However, the researchers from Linköping University and Sweden’s Royal Institute of Technology think that it is possible to process information at a much faster rate with the use of smaller materials for the device’s manufacturing purposes. The IT innovation says to bring an easy installation on today’s AI and smart devices with the consideration of low energy efficiency.

According to studies, the new device concept makes the processing and data transfer a lot faster due to a carried electron spin to light at room temperature. The idea is called “spintronics” or the exploitation of the charge and spin of electrons. The researchers are confident that the new device can efficiently gather data. This modern technique is as a giant step towards the future of information technology.

The explained notion of spintronics is merely the picture the Earth’s spinning motion (counterclockwise or clockwise) around its axis. The rotation of the planet Earth refers to a “spin up and spin down” states.

These two states are the representation of binary bits 1 and 0 in carrying out information. LED theoretically converts the gathered data from the spin states into the light, which is then carried by fiber optics. From that notion, the procedure enables the transfer of information over long distances. These methods of information transfer give way to the possibility of IT to make use of both electron spin and light. Fortunately, it is already a type of technology called opto-spintronics. 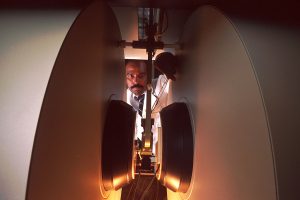 The principle that the spin state of the electron distinguishes from the characteristics of the emitted light is the primary basis of the information transfer in the opto-spintronics technology. The light in this information transfer is known as “chiral light” (a polarized light that mainly flows in a circular motion). It is responsible for the behavior of the electric field to move around on a counterclockwise or clockwise movement.  Its light direction connotes an optical activity that is beneficial for fast and accurate data transfer and processing. However, as advantageous this process may sound, there is one problem that needs to be addressed.

The electron loses the orientation of its spin and gets easily affected whenever there’s a rapid change of temperature. It tends to spin in random. That’s due to the element of the future spin-light application that somehow becomes too highly ineffective. It means that the information carried by the electron becomes too vague. So whenever it reaches the processing destination after its conversion to a clear chiral light, the quantum information transfer at room temperature then becomes inaccurate and insufficient.

But the good thing about the project is that researchers incorporate an efficient “spin light interface” in the electron’s behavioral process. The new interface only does not maintain the electron spin, but it can also boost the electron spin signals in typical room temperature. Therefore, there’s a retained directional orientation. From there, data information is concealed from its corresponding chiral light signals that support its travel in a designated direction. 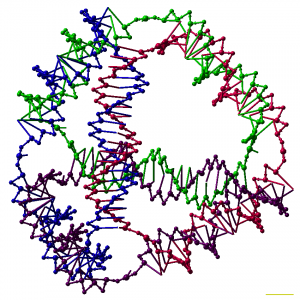 The proposed device that can enhance the spin signal is due to the little defects introduced to the material. According to the researchers, the lesser than one out of one million gallium atoms are displaced from their original lattice sites, the better. The remaining impurities in the material acts as active spin filters that can drain electrons with undesirable spin behavior and preserve those electrons with desirable spin orientation. The principal element of a nanopillar design is due to light’s fast and accurate transfer.